Divination cards are a new type of item introduced in The Awakening. All divination cards are designed by players who purchase a Highgate Supporter Pack. These cards drop from monsters and chests as you hunt for POE Items. They are stackable, tradeable items that take up 1×1 inventory space. A full set of cards can be vendored to Tasuni in Highgate in exchange for the item referenced on the card. Each card type drops in specific areas of Wraeclast, so farming said area allows for the player to maximize their chances of obtaining the desired item. 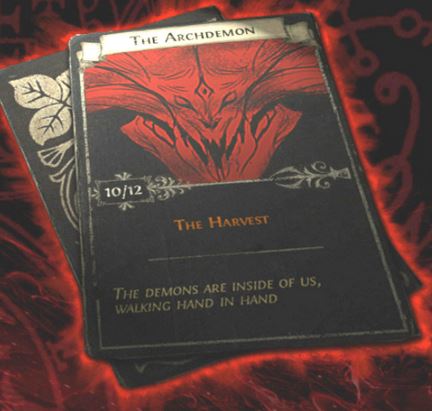 Divination cards that award an item, whose level depends on the player’s level, are capped at item level 80. If a set of divination cards awards a corrupted item, then the corruption effect is guaranteed be an implicit mod with the exception of maps, which cannot have implicit mods.

There are atleast 128 divination cards currently in game, with their known drop locations. When a card can drop in a certain map area, it drops both in that regular map and its legacy variant.

As you progress your hunt in for POE Items since you kill monsters around you. You can also get divination cards as you collect chests on monsters. The Items and cards you collect can be sold at the auction house or trade with other players. In this kind of profiting you helped players who are looking for items they need and at the same time you get yourself a profit thru your hard work in grinding.