Path of Exile’s gritty feel is improved by how it represents the economy among exiles. It puts a large emphasis on bartering instead of using gold to buy your Path of Exile Items. In this guide we’ll look at Currency items. Read on for more. 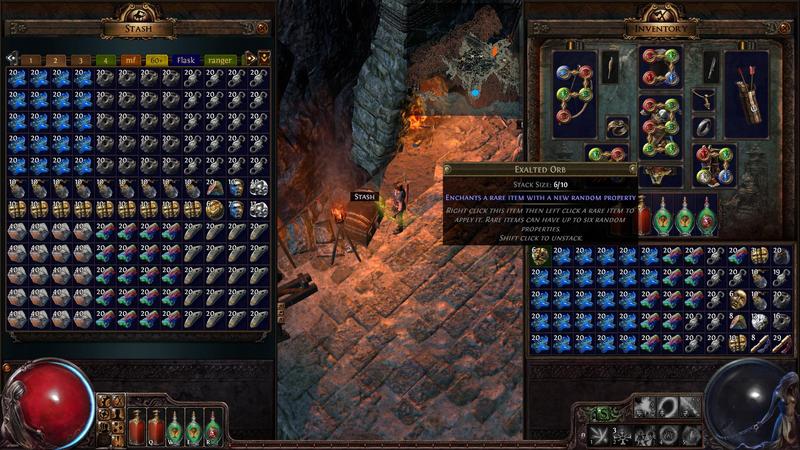 Path of Exile items that are considered currency

By the time you got to your first town, you were probably wondering why you have not picked up any gold. After all, you just defeated a large boss and got a few Path of Exile items right? Well, thing is, this is a land of exiles, something as civilized as currency will not be found here. Instead, inhabitants of Wraeclast use scrolls, tools and orbs for currency. Scrolls of Wisdom and Portal Scrolls are the lowest type. The next tier includes various tools such as Blacksmith’s Whetstones and Gemcutter’s Prisms. Finally, there are the various orbs ranging from Orbs of Transmutation up to Exalted Orbs.

Since each currency item has a practical use and its own drop rate, it follows that they have differing values. Simply put, orbs will be worth more than scrolls and so on. To trade your currency Path of Exile items up, look for various NPCs in the game. In Act I, talk to Tarkleigh or Neesa. For Act II, speak with Greust or Yeena. In Act II, seek Hargan or Clarissa. You can also trade with players, but make sure to check prices first.