Knowing the Best League Modifiers to Get Path of Exile Items

Path of Exile Challenge Leagues are often customized using different combinations of League modifiers. Understanding the specifics of each modifier can help greatly in choosing which POE Items to equip when playing. 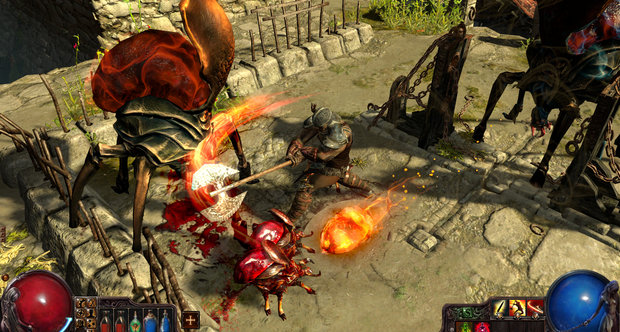 There are currently two League Modifiers that affect projectiles. The first is the Multiple Projectile modifier. This adds four projectiles to monsters’ skills and attacks that fire them. The second is the No Projectiles modifier. With this modifier in play, players will not be able to damage targets with projectile attacks and skills. They will still be able to equip Path of Exile items that allow for such attacks, but damage will be nullfiied.

Fast and furious Path of Exile items: The Turbo modifier for leagues boosts monsters such that they cast and attack 60% faster. Equipping Path of Exile items that neutralize this effect is a good idea when this mod is on. Gear that slows monster movement is a great addition to your arsenal too since Turbo also increases monster move speed by 60%

Those taking on the Descent game mode need to know that this mode has the hardcore modifier active. Unlike most leagues however, dying will not transfer your character to standard. Characters from Descent will be sent to a Void league along with their Path of Exile items.

Remember your limitations: Aside from the increasingly hard levels, characters do not have access to the stash or vendors. As such players need to be careful which Path of Exile items they will keep in their inventory. To help players however, the end of each level offers an Alluring Chest and a Curious Chest. Only one can be opened to give players items. At the start of each Descent game, players can also access a provision chest to get them started.