Patch 1.1.4 Preview for Collectors of Path of Exile Items

The upcoming 1.1.4 patch for Path of Exile will be adding a new way to access Vaal areas. Players will be able to hunt Path of Exile items in these areas even when a new expansion comes thanks to this. New items will also be added to the game and the Microtransaction shop. 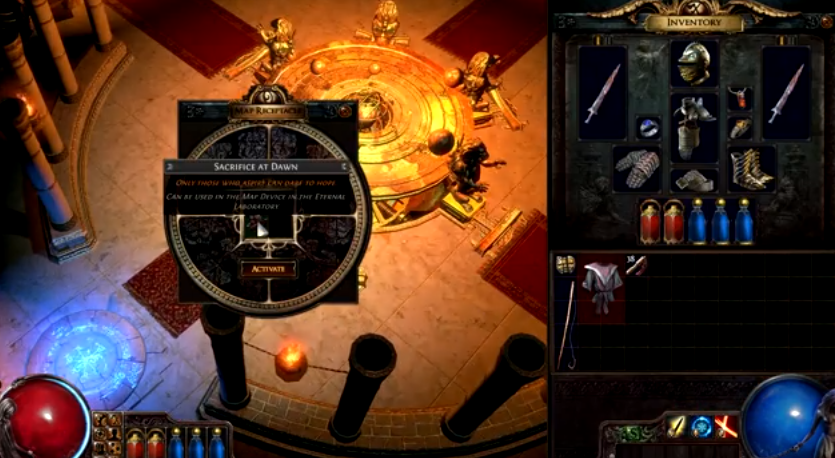 In patch 1.1.4, players will be able to open Vaal Areas on demand. A new system will be implemented enabling players to use Vaal Fragments open these areas. Depending on the fragment, a different level area can be opened. The system will be put into place to let players gather Sacrifice of the Vaal Path of Exile items even when a new expansion arrives.

Places to get corrupted Path of Exile items

The new Vaal Clarity skill will allow players to cast skills without paying its mana cost. The catch is, players only have a few seconds to cast their skills. Additionally, the Vaal skill needs 16 souls per use. Regardless, this can be quite powerful when hunting Path of Exile items in areas with lots of monsters. Vaal skill gems can looted from Corrupted areas or made with specific Path of Exile orbs.

The patch not only includes new POE items, but also cosmetic additions. One of these is the Tentacle Wing Back attachment. Hunt Path of Exile items with a multi-eyed tentacled creature on your back! No price has been set yet, but watch out for it in the Microtransaction shop.