New Dexterity Skills for Hunters of Path of Exile Items in Patch 1.3.0

The most recent patch for Path of Exile added several new skill gems. Three of these are Dexterity based. Two of the three are especially useful for hunters of POE items that use bows. The third skill is designed for dual-wielding characters. 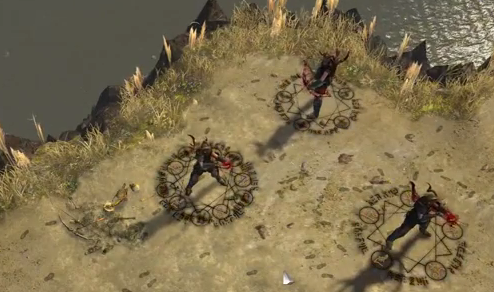 Cloning your collector of Path of Exile items

Positioning is important if you are a bow user. It is very easy to get killed if you end up cornered by swarm of enemies. Before the patch, bow users’ only counter for this kind of situation is Lightning Warp. Patch 1.3.0 however introduced the Blink Arrow dexterity skill gem. When used, it will fire an arrow at a target destination. The caster will then be teleported to the new location. At the same time, a clone will be left at your previous location. Note that the clone is actually just a minion that uses your bow and quiver. Players can obtain this skill gem from the Lost in Love quest that is available for Duelists, Rangers, Shadows and the Scion.

Doubles of your hunter of Path of Exile items

Similar to the skill above is Mirror Arrow. This is the second dexterity skill added by the patch. It works like the other skill but instead places a clone where the arrow lands. This is useful for scouting ahead and possibly triggering traps. This skill gem can be obtained from the Enemy at the Gate quest on Cruel difficulty for Duelists, Rangers and Shadows. It can also be crafted using Path of Exile Orbs through a vendor recipe. Simply combine a Blink Arrow gem with an Orb of Alteration.

The last dexterity skill added by Patch 1.3.0 is Riposte. This will cause your character to perform a deadly counter-attack when they block. You can obtain this skill gem from the Lost in Love quest for Shadows, Rangers, Scions and Duelists.