In a previous article we covered the new PvP Tournament Season introduced by Patch 1.3.0 of Path of Exile. Along with the new tournament season is a PvP invitational that will pit the best collectors of POE items against each other. The patch also adds a new rating system to better help Exiles who like to PvP find opponents that will give them a challenge. 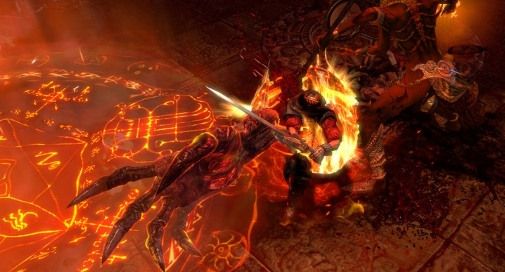 Invitational tourney for collectors of Path of Exile items

Exile who like to collect Path of Exile Orbs and items who are also dedicated PvPers can finally see who the best is. The weekend of January 20 to 21 will be the culminating point of Season One of the PvP tournaments. During this weekend, special double-elimination tournaments will be held between the best players in the PvP ladders.

The matches will all be level 28 11 duels. While the tourney for Standard and Hardcore league is separate, the winners of each league will fight each other in a grudge match.

Getting your collector of Path of Exile items invited

The Invitational tournament will take eight players from Standard and another 8 from Hardcore PvP leagues. The eight is composed of the two highest Season Point earners, the top two in terms of level 28 1v1 PvP rating, and the winners of four weekend Swiss tournaments. Note that in the event players are unavailable due to scheduling or participation in a different category, the next in rank will be invited to the tourney.

Practice and constant PvP is required if you want to take a shot at the Invitational. Thankfully, the matchmaking queus have been revamped by Patch 1.3.0. PvP Ratings are now tracked per-character. The ratings are also now used in the matchmaking process. Ratings will start at 800 and will adjust depending on your performance against opponents. Harder opponents increase it more that easier ones. Finally, the ratings are reset to 800 once the current PvP Tournament season ends.