Path of Exile has released the schedule for Season 7’s Races. Players can join these leagues from March 29 to May 11 to win fantastic Path of Exile items. 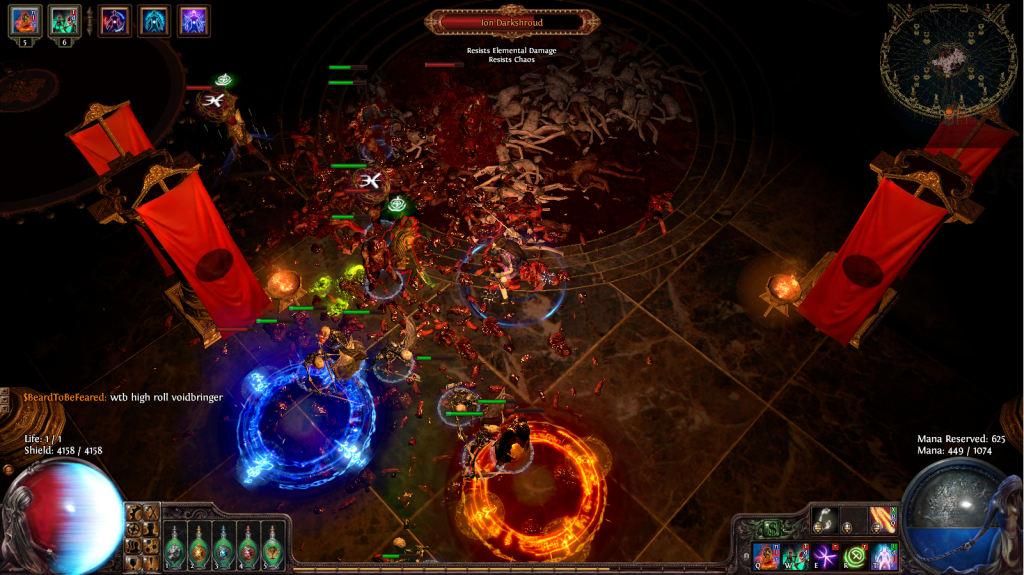 Races to join for Path of Exile items

Players will be able to join the various races for Season 7 from March 29 to May 11 to obtain Path of Exile items. For this season, the signature race is an 85 minute fixed seed race. Aside from this, players can also participate in various one hour races to rack up their points. The whole schedule can be seen at the Race Season Seven page.

Path of Exile items that you can get

For this season, the top reward at 1,000 Reward Points is a Headhunter Leather Belt. Starkonja’s Head, a Silken Hood can be obtained for 600 Reward Points. Players can obtain the other Path of Exile items in the reward list by accumulating Reward Points in the races. Good luck and have fun!

Where to test your Path of Exile items

Before entering the race, you can test your POE items in The Sarn Arena.  This area is located in Act 3 near The Sarn Encampment. This free-for-all PvP zone is open to the public and can be entered by any player. Being defeated here does not cause characters to be sent to a Void League or their Path of Exile items to drop. The only drawback to this instance is that there is only one of it and more cannot be made.

Entrance to the Sarn Arena is limited based on the difficulty the character is on to ensure that the Path of Exile items used are more or less of the same strength. Normal difficulty only allows up to level 40 characters, while Cruel maxes out at 60. There is no level cap for Merciless difficulty.