Now we take a look at the class that mainly benefits from Intelligence, the Witch. The Witch is the class that gets stronger equipping more Intelligence stats. Witch’s main stat Intelligence makes her unrivaled in terms of use of elemental and dark arts. The Witch punishes her enemies with raw magic from afar. With the power of her will, she casts a powerful barrier for defensive purposes, blocking all physical and magical attacks. This barrier must be destroyed first before the Witch to be damaged. Witch can also cast curses and diseases for more damage and control of the enemies. You wouldn’t want an enemy Witch but you would want one on your side. Witch can only use light armors such as circlets, robes, fabric gloves, slippers or boots and spirit shield. The Witch starts with the stats of 14 strength, 14 dexterity and 32 intelligence.

Witch in Path of Exile is like your typical magic user in any MMORPG. Soft in terms of health points but the damage to her opponents is unreal. The term most of the used to describe this is “glass cannon.” The class that hits hard but when you get close to her, she is done for. But with the help of her magic barrier, there will be ample time to go back to a certain distance and punish enemies again with her elemental and dark magic. If there will be hard time making a distance between the Witch and her enemies, she still has curses and diseases to limit the movement of the enemies. This makes the Witch versatile. 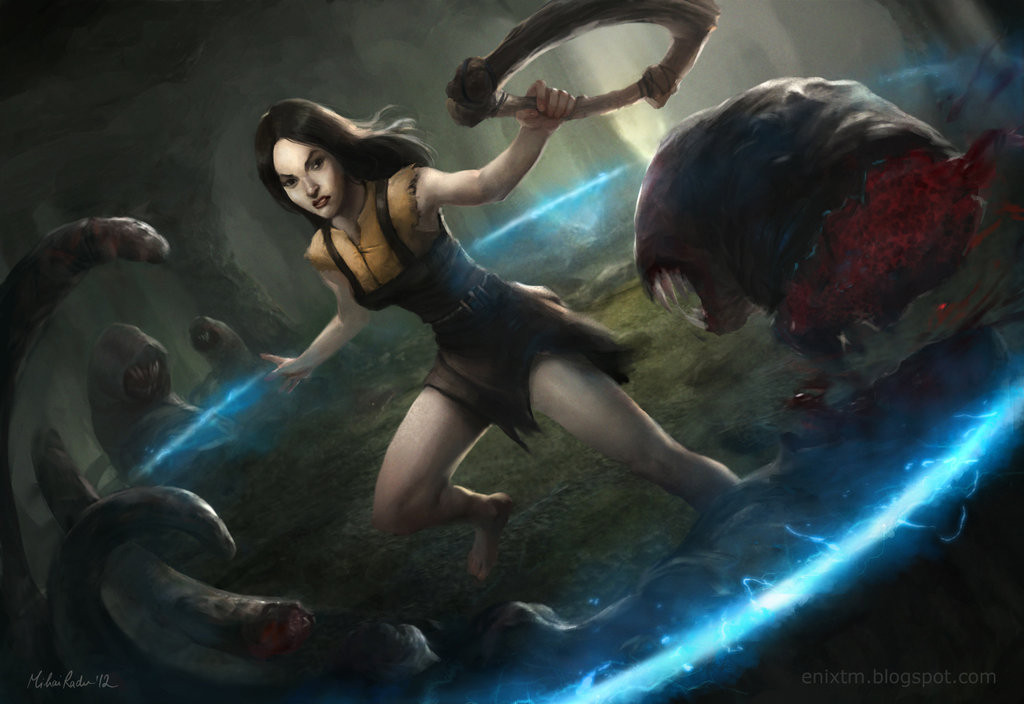 Usually magic users like Witch need more skill in making it stronger. Gearing is not enough. Mastery of the class is really needed to bring out the full potential of the Witch. Well yeah, you can say that to all classes but this is somewhat a bigger importance for a caster like a Witch. Mostly this is on the defense but offensively, there is no complaining. Pew pew, magic here, magic there and you won’t notice there’s no enemy left to kill. Strong offense but weak defense is the trade and mastering the Witch, will eliminate the weakness of the Witch on the defensive side.