Let us take a look at the Pure Strength class of Path of Exile, the Marauder. Here is a brief background of Marauder coming from the Path of Exile Gamepedia.

Path of Exile Items: What is a Marauder

His visage marked equally by tribal tattoos and the scars of battle, the imposing Marauder is a survivor of many bloody battles. The clanging, scraping and screaming of war is music to his ears, and he delights in crushing the skulls of his foes underfoot. He is a monster of a man, towering above his cohorts and quick to show his strength and ferocity. A master armsman, the Marauder is versed in many weapons, but he generally prefers the heft of a heavy two-handed axe or mace. He plunges into battle with a cry of delight, and woe be to anyone foolish enough to get in his way.

The Marauder is Path of Exile’s pure strength class, which means that he’s great at taking hits, and even better at dishing out punishment. His melee skills encompass a wide range of assault, from massive single target damage to devastating area of effect. This brute of a man bolsters his impressive physical arsenal with a variety of shouts and cries, skills that rally his allies and strike terror into the hearts of his enemies. The Marauder’s starting stats are 32 STR, 14 DEX and 14 INT.

The armors associated with the Marauder’s strength are Casques, Plate Mail, Gauntlets, Greaves, and Tower Shields. 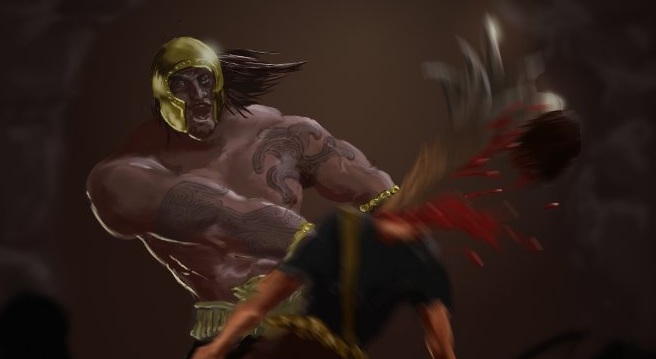 Marauder is a perfect class if you prefer the melee style of play. Plow through enemies with sheer brute. Style doesn’t matter to a Marauder, so as long as you devastate the enemies with overwhelming and powerful physical attacks. There are numerous builds that you can follow / come up with a Marauder but let us tackle that on another article.