The Labyrinth is a randomly generated dungeon filled with traps, puzzles and monsters and with the chance of Orb of chance. After having completed the Trials of Ascendancy in the current difficulty level, the player can enter the Labyrinth through the Statue of the Goddess in The Sarn Encampment. 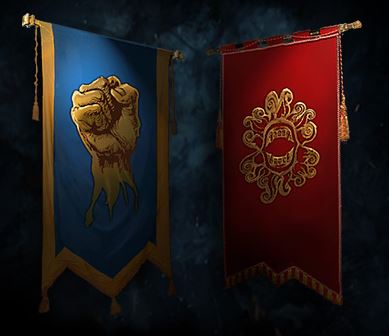 The traps from the Trials of Ascendancy (and one trap that was not showcased there) are combined in gauntlets throughout the Labyrinth. Its random level generation extends beyond single areas and affects the entire Labyrinth at once.

Ranks of the Hunters of Orb of Chance

At midnight UTC, prizes will be deployed to the players who finished the Labyrinth the quickest that day. The prizes received depend on the difficulty level. For every leaderboard, the top player will be rewarded, so each reward will be distributed four times every day.

Rewards more than Orb of Chance