The content Update 2.3.0 and the Prophecy Challenge Leagues last week introduced the new Endgame Labyrinth and its corresponding Trials and rewards. Today’s news post explains how these work in a lot more detail in hunting for Path of Exile Items. 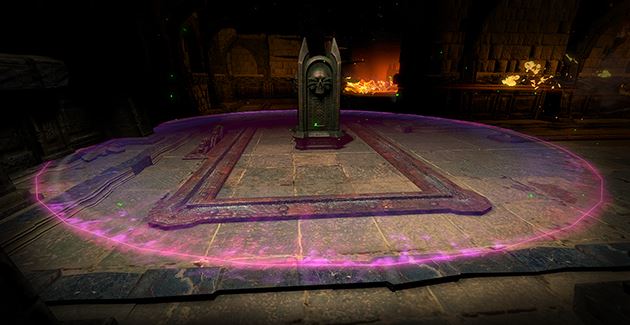 They’ve solved a lot of problems with the layout of the Labyrinth and fixed a myriad of small issues with most rooms. We have also improved the rewards at the end of side content in the Labyrinth, to make those areas more enticing.

There’s also a new gauntlet type where you have to move a payload object on rails through an area.

Endgame Trials of Ascendancy – There are a new set of six Trials that can be occasionally found in maps. They all occur in lower maps, and it is intentional that it takes some time to complete the set of all six. The Trials are longer and harder than the ones found in the regular game and aren’t static. They are designed for replayability and feature more complex random sections. When you encounter a Trial in a map, it’s a sub-area like a master mission would be. These Trials introduce the new trap type – Sentinel Traps.

Sentinel Traps are stationary traps that can be suppressed by dealing damage to them. After being damaged, they deactivate for a few seconds. They’ll reactivate automatically a little while later. While active, their payloads can include various types of elemental damage and negative effects such as hurting you if you use a movement skill nearby. You’ll want to keep them suppressed as much as possible while solving the Trials they are in.

As the Endgame Labyrinth is the fourth Labyrinth you’ll play through, there are a fourth tier of rewards. Completing it unlocks two additional Ascendancy points (for a total of eight). You’ll also be able to imbue an item with a fourth-tier Enchantment. There’s also a fourth jewel reward for the fastest player to complete the Endgame Labyrinth in each league each day.

In addition, the treasure chests at the end of the Labyrinth are higher level than the merciless ones and some of them can drop higher-tier maps.