One of the things you’ll probably ask when you start playing Path of Exile is “where’s the gold?” The simple answer to this is, “there aren’t any.” Now, you’re probably wondering how players are trading their Path of Exile items without a pricing system. With this guide you’ll learn of Currency items included in the game. 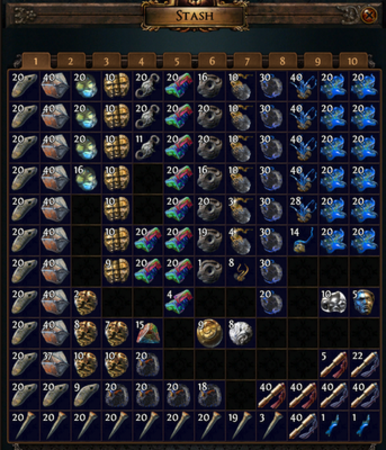 Types of Path of Exile items that are considered currency

You’ve probably seen the NPC shops selling their items for Scrolls of Wisdom or Blacksmith’s Whetstones. This is because instead of gold, the game uses usable Path of Exile items as currency. Currency items can be loosely categorized into three, scrolls, profession tools, and orbs. The first type covers Scrolls of Wisdom and Portal Scroll. The second type is profession related items like Blacksmith’s Whestone. Finally, there are the different orbs.

Since Currency items have important uses by themselves, it gets really tricky to use them for trading. Additionally, unlike gold, each Currency item has its own drop rate. Thankfully, there are NPCs that will allow you to buy higher tier Currency Path of Exile items. Look for Neesa and Tarkleigh in Act I, Yeena and Greust in Act II, and Clarissa and Hargan in Act III. Of course, you can always trade currency with players. In fact, there are currency calculators like Path of Exile Toolkit’s Currency Parser.